Characters represent people in a course. I usually use them as fake students, taking the course alongside the real students. You can use them in other ways, though, like protagonists in a case. 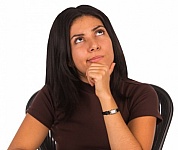 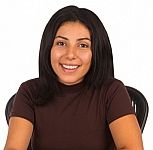 These images are not included with Skilling. I bought a license to them from a company.

You create characters in the Skilling admin system. Skilling arranges head shots in a grid, like this:

The name, like georgina_aha1, is the internal name of the character. Use it to refer to the character in a lesson, exercise, pattern, etc.

The Skilling editor has a special character tag, to add characters into lessons. For example, suppose you wanted this in a lesson.

You could type this in a lesson:

The internal name is the name you gave Ray's head shot.