You can embed questions in lessons. There are several types of questions.

There are multiple-choice (MCQ) and fill-in-the-blank (FiB) questions: 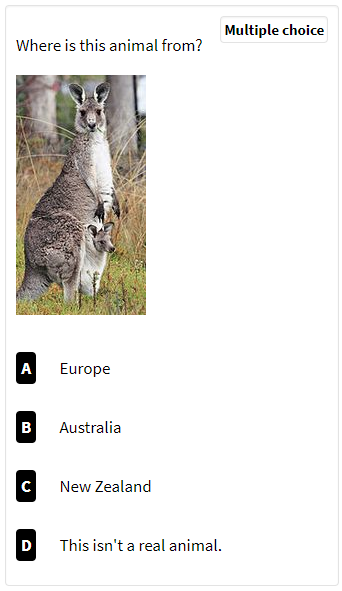 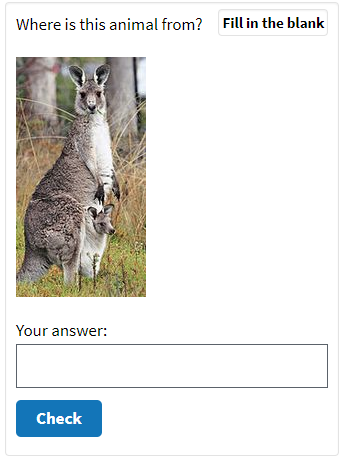 Why add questions to lessons?

To give students grades, of course.

MCQs and FiBs test memory for facts, primarily. Sure, you need facts for skills. For example, programmers need to know what a Case statement does.

MCQs and FiBs can test simple problem solving, to some extent. For example, you could give students a FiB, asking what 2+3*4 is (* means multiply). Still, that's not a good test of whether a student can write a numeric expression.

OK, so why use questions at all?

To help students get the most from their reading time. An example is the activating prior knowledge (APK) effect. Long-term memory (LTM) is where knowledge lives in brains. Think of LTM as a network of nodes. Each node is a piece of knowledge, maybe a fact, maybe a procedure.

Activating one node activates nodes that are connected to it. Think "Australia," and maybe kangaroos and koalas come to mind. The stronger the connections, the more likely that activation will spread to connected nodes.

New information builds on existing LTM. It either makes existing connections stronger, or creates and connects new nodes. For example, most people know about kangaroos and koalas. Fewer people know about another Australian animal, the wombat:

If you already knew about wombats, the strength of your link between "Australia" and "wombats" might have increased slightly when you saw that photo. If you've never head of wombats before, then you might have a new node, with a weak link to "Australia." The link will fade quickly. To make it more permanent, you say to yourself,

You won't remember new information unless it has existing information to connect to. "Australia, wombat" works because you already have a node for Australia.

In the last lesson, we talked about Australia. We looked at two native animals, the kangaroo and the koala.

If that's all the lesson does, priming won't be strong. You can use questions for stronger priming.

FIBs give you stronger priming than MCQs. The MCQ requires recognition of the word "Australia," shown in one of the response options. Recognition is a low-effort process.

The FiB doesn't give that cue. The reader has to recall "Australia" from memory connections, without the cue being present. Recall usually requires deeper processing than recognition.

Cool! Including questions has the side effect of activating memory. That means students get more from their reading time.

Skilling helps authors make multiple-choice and fill-in-the-blank questions, and drop them into lessons. Each question is a separate learning object in Skilling. Once you've made one, you can drop it into a lesson, wherever you like. Here's what you'd type to insert an MCQ:

You give each MCQ a unique internal name. That lets you add it to as many lessons as you want. Use the MCQ whenever you want to activate those nodes in LTM, which might be in several lessons.

The same for FIBs:

Can I give a multiple-choice test for a grade?

Sure. That's not part of Skilling, but there are quiz modules for Drupal. Install one, and off you go. Webform is cool.

You could use your institution's LMS, like Moodle. LMSs are good at MCQ tests, usually.

You can also ask students open-ended questions. They have various uses, like encouraging schema abstraction. For example: 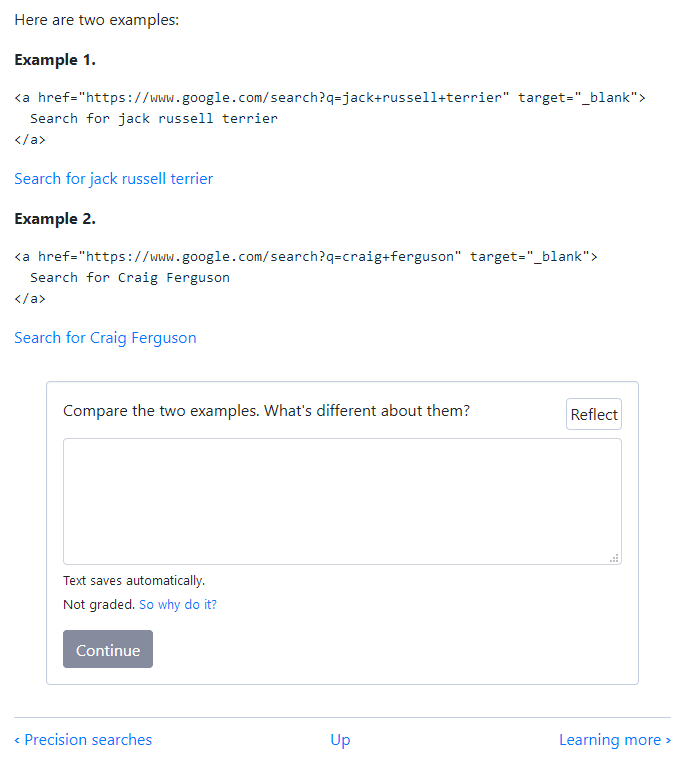 There is more to the lesson, after the question, but it rest of the lesson is hidden, until after the student clicks Continue.

Here's another example, asking students to explain why something happened. 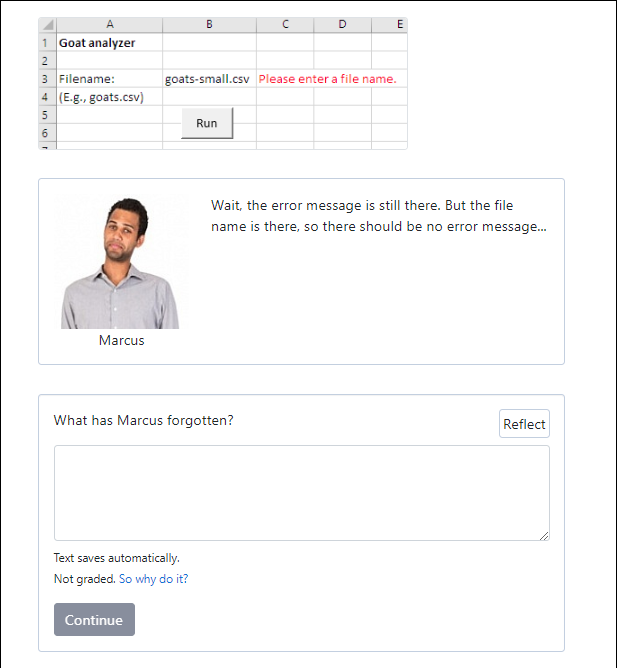 After the student clicks Continue, the lesson resumes. Marcus figures out the problem.

Questions have many uses in skill learning. Knowing when, how, and why to ask students questions will make you a better course builder.