Skilling's goal is to improve the quality of skill courses, measured by what tasks students can do independently at the end of a course. However, the workflow tools Skilling uses to improve quality, also affect scalability. An unintended consequence, but an important one.

Now, suppose you have another course of 50 students costing $5,000. You add another student, and the total cost rises to $5,020. This course is more scalable, since the marginal cost is $20. 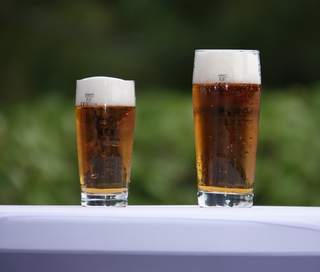 (These numbers are oversimplified, of course, but you get the point.)

Let's add an important proviso: quality can't fall, as we add students. Whether we have 10 students or 100, they should all be able to do the target tasks independently at the end of the course.

The cost of a Skilling course depends on the cost of:

Course development is a fixed cost. Whether you have 10 students or 500, you need to create lessons, exercises, and so on. Adding another student has no effect.

What about server costs? The effect of adding a student would be quite small, perhaps adding 0.001 seconds to each user's response time. (I don't know the numbers, but this gives you an idea.) You would have to increase server capacity, maybe costing an extra $20 per year for every 50 extra students (say). So, marginal server costs are low.

Grading costs are constant per student. Add a student, and you increase grading cost by a standard amount. However, recall that Skilling's grading system is efficient. Graders spend little time per exercise, and they can be low-cost casual workers. The marginal costs of grading are constant, but low.

Finally, there's feedback. That would be the same for every student. As you add students, you would need to add consultation time.

The result: Skilling courses should scale nicely. I don't have specific numbers for you. Just this analysis.

It's often said that online education offers no cost advantage over traditional face-to-face. That may be true in general. However, skill courses run with Skilling may be an exception.