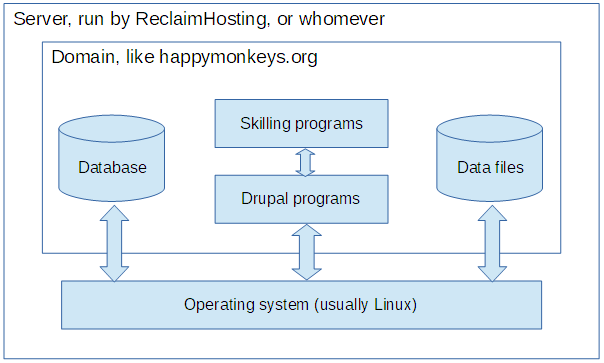 Each course needs a database. That's where most course data is stored. Let's make one.

There are many database engines out there: MySQL, MariaDB, Postgres, others. We'll look at a process that works for MySQL and MariaDB. They're the most DB engines.

The easiest way to make a database is with the wizard. Let's use that. 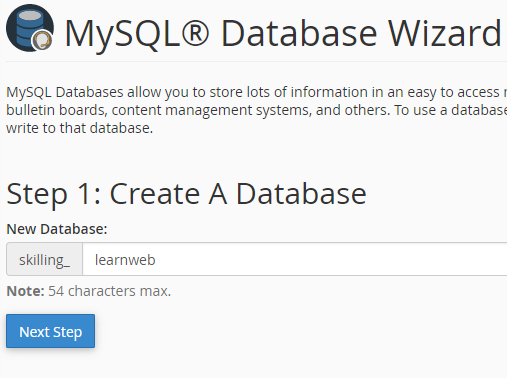 The wizard wants a name for the database. I typed learnweb. That's not the name of the database, though. It will be called skilling_learnweb. Later, when Drupal's installation program asks, that's the name you'll give it.

In step 2, you make a user who can access the database. This is a special type of user, for the database only. It's not a Drupal user, or a Linux user. You type it in here, and when installing Drupal. You'll probably never use it otherwise. 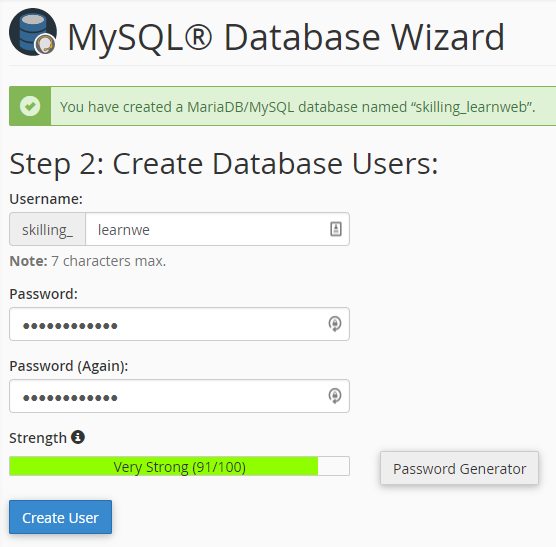 Like the database name, the user name name has a prefix. Mine in skilling_learnwe , since I can only type in seven characters.

In step 3, you tell the wizard what the user is allowed to do to the database. Check All privileges. 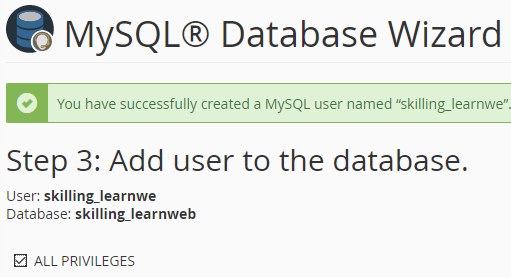 Finally, the wizard will confirm what it's done. Copy the database name and the user name. You'll need them, and the password, later. 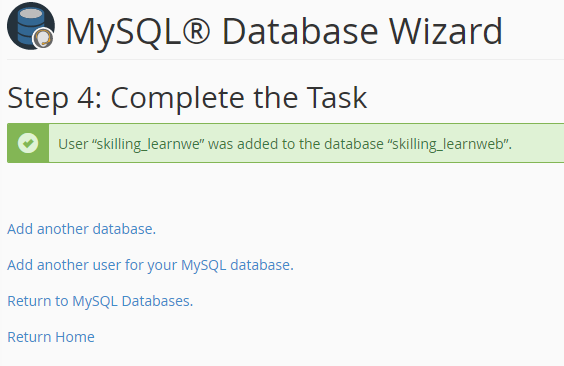